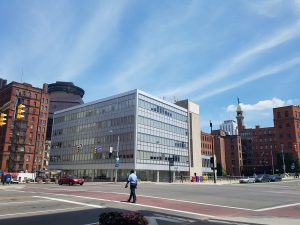 It has been a hot summer here in Ontario, and around the globe. While extreme heat is not often the attention garnering event that large storms and other natural disasters are, it can be even more deadly. This summer’s heatwave in Quebec has been attributed for the loss of dozens of lives and the Chicago heatwave of 1995 led to the death of over 700 people. Children, older adults, people who work outside (including arborists), the homeless and particularly those living in social isolation are at highest risk for heat related health issues. Just this last week, the Guardian newspaper called extreme heat the next big inequality issue.

It’s probably not often that we as urban forestry people think of ourselves as public health workers, but when it comes to issues like extreme heat in cities, it might be time we start. Trees and greenspaces offer an amazing capacity to help mediate temperatures in cities, and have been associated with dramatic drops in heat-associated health impacts (Graham et al, 2016). 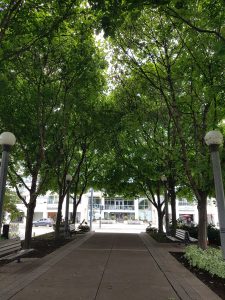 While they are not a complete solution to addressing the increase in extreme heat days that are anticipated in the coming years, trees have been shown to lower peak surface temperature by 11-25 °C compared to unshaded surfaces (Akbari et al, 1997). Recent findings in Dallas show similar trends as many other places, areas within communities that have more trees and vegetation are significantly cooler (Deng et al, 2018; Elmes et al, 2017).

Researchers and urban foresters aren’t the only ones promoting trees as a tool to reduce heat vulnerability. Public Health organizations including the US EPA, The Ontario Ministry of Health and Long-term Care, and the World Health Organization all have great publications on the topic.

As people who plant and care for trees, it is our responsibility to work together with public health agencies and city planners to create more resilient cities. We need to tie direct connections between poor arboricultural practices and true cost of these practices to all living in cities. This means conserving the trees we have, and planting and maintaining more – particularly in the neighbourhoods with the greatest needs.

This app from Paris maps warnings of areas that are extremely hot and areas to go to cool off, including parks and greenspaces